And when he was accused of the chief priests and elders, he answered nothing.

Forgiveness is much harder when one is confronted by anger, offensive language, and threatening body language. During the Pandemic in 2020, I experienced such treatment. I had just finished buying stamps in the Fairhope Post Office and was headed toward the exit door leading to the hall when I noticed a man struggling to open the entrance door carrying a large, heavy package.  I immediately crossed over to the entrance side, positioned myself behind the door and opened it all the way so that he could get inside and lay down his load.  Then I hurriedly left through the entrance door in order not to be in his way.

As I turned into the hall, he turned around, and walked aggressively toward me. Using obscene language in a harsh voice, he demanded to know if I were blind. I answered him courteously, in a surprised voice addressing him as Sir, and told him that I was trying to help him. In that same moment, a lady who had been walking behind me also walked directly up to him and repeated firmly what I had said. This made him even more agitated, and he began to circle us, keeping a distance of inches instead of feet. As he circled, he continued his offensive language.

In this scary situation, I asked myself, “What would Jesus do?” Instantly, I knew that it was important to keep silent and stay still. I remained silent, as did the lady beside me. Since we didn’t react, he concluded his rant still stating that what I did was stupid. After he exited the building, my rescuer asked if I were okay. Then, she asked in a professional manner, “Are you going to hold on to this?” I thought to myself, “Probably.” I really was not able at that point to forgive this offensive stranger, but the Holy Spirit instructed me to stand erect with my chin up and firmly affirm and commit that I would pray for him. Hearing this, the truly Christian lady smiled and lifted her eyes upward in praise. Then she went back into the service area to assure the ladies behind the counter that all was well and to let them know that he probably would return with another load.

As I left the building, the aggressive man was cursing loudly, screaming and wailing pitifully in the parking lot as he attempted to move a second group of heavy loads from his large truck. I was able to observe what happened next from the safety of my car, which was parked on the opposite end. My friend had just exited the building and was parked next to him where she engaged him in a normal conversation. After she left, he was still agitated, but not as much so, as he struggled with a wrapped object so heavy that he could only move it using his feet.

As I prayed in my car, I was able to offer complete forgiveness and compassion toward him. I saw him through God’s eyes and pondered multiple situations - poor health, grief, loss of a career, death of dear ones, future bankruptcy, failure of his business, unemployment, homelessness, and others which might explain his grief and anger.

Certainly, the three of us were brought together for different reasons:  the man to have an opportunity to experience the kindness of the lady who showed him respect, didn’t judge, and could chat with him in spite of his behavior. For me, God was teaching and reminding me to recall Jesus’ example of silence during an unfair trial, to experience and witness the kindness of a complete stranger, to confess my sin of not wanting to forgive, and to see this unkind stranger in a different light as a child of God. For the unnamed Christian lady, it was an opportunity for her to shed the light of Christ into the world.

Dear God, help us to forgive others. We pray that this man, poor in spirit, may be healed in every way and come to experience your love, forgiveness, peace and the renewal of his spirit. Lord, help us all to be better people. In the name of Jesus, Amen. 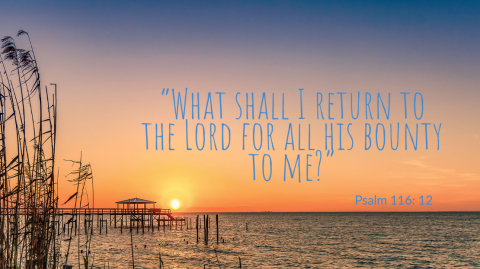 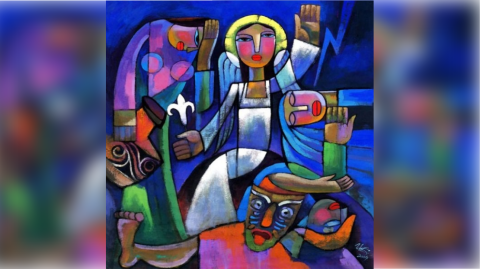 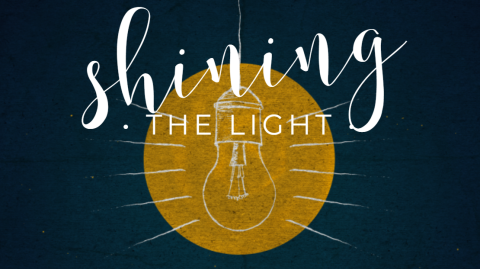